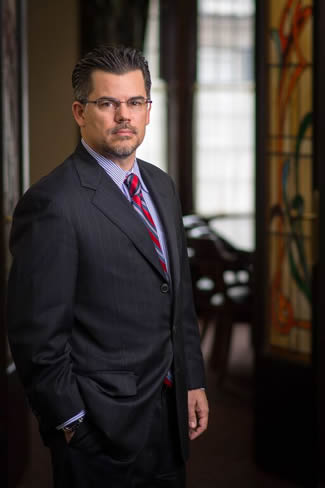 Mr. Douglas A. Funkhouser is an Ohio criminal defense attorney, with more than 20 years of experience,compassion for his clients and the diligence to seek justice for all whom he represents. Unlike many attorneys who take a hands-off approach to client representation to increase their case loads, Mr. Funkhouser personally handles each unique case and treats all clients with dignity and respect. Mr. Funkhouser takes his responsibility of representing vulnerable individuals seriously, and strives to obtain the same justice for his clients that he would want for himself and his family.

Mr. Funkhouser began his extensive law career in 1995. Prior to founding Douglas A. Funkhouser Co., L.P.A. in 2000, Mr. Funkhouser represented nearly 1,000 clients on a wide variety of civil law issues. As a prosecutor in the U.S. Army, Mr. Funkhouser led a legal staff that prosecuted more than 400 misconduct cases, successfully prosecuted four courts-martial in the Republic of South Korea and acted as the sole legal advisor for 30 commanders with more than 4,000 soldiers deployed within 10 miles of demilitarized zone.

Mr. Funkhouser is a member of the Columbus Bar Association, Ohio Association of Criminal Defense Lawyers and recipient of the following prestigious honors:

Derek Welt was born in Cincinnati, Ohio and graduated from Madeira High School. He attended The Ohio State University as an undergraduate where he earned a bachelor’s degree with a major in political science and minors in criminal justice and history. He participated in Ohio State’s Pre-Law study abroad program at Saint Anne’s College at the University of Oxford where he was selected as one of five students with a bright future in the practice of law. Derek then attended the Capital University Law School where he graduated cum laude. While at Capital, Derek was also a fellow at the Family and Youth Law Center and member of the Law Review.

Derek began working at Funkhouser Law as a law clerk during his second year of law school. During his time at Funkhouser Law, Derek worked closely with Mr. Funkhouser to learn the ins-and-outs of domestic law and criminal defense. After being sworn in to practice in November 2019, Derek joined Funkhouser Law full-time as an associate attorney.